Android or iOS? Utility vs. Luxury.

Fall is my favorite time of year.  The weather is a bit cooler.  The leaves and surrounding farmlands take on rich, earthy colors.  And it’s a time for many of us here in North Dakota to drive out into rural North Dakota (yes, we have cities here) in pursuit of hunting, fishing and other outdoor activities.

As you might imagine, many of the roads away from the pavement are in less than perfect condition, often requiring 4WD vehicles, or at least a brave soul strong enough to dig other vehicles out when they get stuck.

These drivers of 4WD vehicles come in many shapes and sizes.  Some choose luxury vehicles like Cadillac Escalades and Lincoln Navigators.  These guys usually stay on fairly well-groomed roads and drive right up to their hunting area with much exploring.  Then there’s the rest of us.  We drive old Ford pickups, beat up Jeeps, and in my case, a 1994 Chevy Suburban, and we occasionally take the road less traveled (that’s me, stuck in the picture).

Why would I be talking about driving in the North Dakota countryside in old Ford pickups in an article about Android vs. iOS?  Stay with me a minute and it will become clear.

After using and iPhone 6 for the first time I am actually impressed with iOS and the device.  It is evident quite early that everything about it is well-engineered and ergonomic.  The call quality was great, the camera is awesome, the OS was snappy, reliable and flawless, and the hardware was perfectly balanced in my hand making everything easy to use.  It is the Cadillac Escalade of the smartphones.

But it’s not me.  I like a phone I can tweak and get a little dirty.  I want a phone where I can mount a gun holder to the front floorboard and not worry about drilling holes through the carpet.  I want a smartphone that occasionally runs a little rough after I install something that’s third-party and might not be perfect but gets the job done.  I want an Android.

The iPhone just was too restrictive in my book.  It was constantly asking me to authorize the device to do something like use my location (even though I said yes four times already) and to log in to download a free app.  While I was able to find comparable apps to ones I used often on my Android phones, there were a few that I could not match up.  Most of these were version 1.1 apps that were a little rough and occasionally locked up the phone, but I liked the utility they provide.  Battery life is also an issue and both my HTC One M8 and Samsung Galaxy Note 3 were significantly better in the battery department, and that’s important when you’re away from home and vehicle for long stretches of time, or just at work without the place or time to plug in.

If you want to choose from two phones that do exactly what they are supposed to do, albeit for a shorter amount of time with the sub-standard battery, go with the iPhone.  Like the Cadillac the phone is well designed, the display is awesome, the form factor feels good, and in many cases costs a bit more.  Apps are screened to ensure they work perfectly and are not going to cause issues in an otherwise flawless operating system.  It does a great job of facilitating phone calls, photos, video and all sorts of office and other functions.  It works and looks good doing it.

But, if you want to choose your phone size, weight and in some cases, operating system, Android is your game.  The home screens can be customized with widgets to display time, weather, communications and virtually anything else.  You can even install apps that aren’t in the Google or Amazon app stores with a simple checkmark.  Different home screen launchers can be installed.  Different phone dialers can be implemented.  And the phones are available from pennies to hundreds of dollars depending on how new, fast, fancy you want to get, making them available to a wider range of users.

I’ll keep my iPhone, just to stay up to date with the iOS updates and to compare to my Androids.  And I’ll recommend the iPhone to folks who can afford it and just need a smartphone to make calls, send texts and snapchats, and take pictures.  But my “walkin’-around” phone will be an Android.

Luckily all of these are available from most wireless providers, including Verizon Wireless.  Go play with the phones, ask questions from your salesperson, and get one of these amazing devices.

Luxury or utility, both are great choices.

Disclosure: As member of a pretty cool team of influencers, I received a Samsung Note 3 and HTC One M8 with line of service from Verizon. No additional compensation was provided nor did I promise a positive review. All opinions are my own.

Winter Travel with Your Smartphone 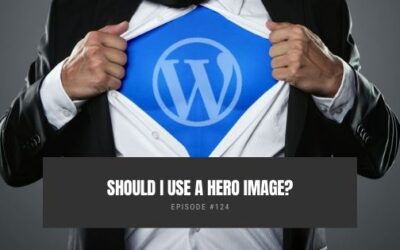 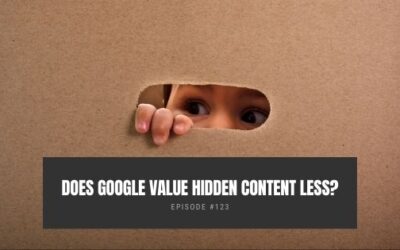 Google Will Start Exclusively Indexing Mobile in March 2021 This is the WP Wednesday podcast episode 125 : Google Mobile Indexing Is Here! My name is Marv Dorner of BeBizzy Consulting and today we’re going to talk about getting your site ready for use on mobile...

What Is A Hero Image? Wikipedia defines hero image as "a large web banner image, prominently placed on a web page, generally in the front and center." It usually dominates a home page, and can be linked by the visitor to the company or organization's image. Because of...